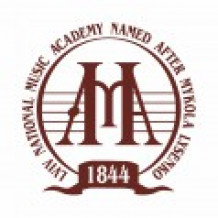 Mykola Lysenko Lviv National Music Academy is a state conservatory of Ukraine based in Lviv. In 1838, the first music society of Lviv was created under the name of Society for Teaching of Music in Galicia. This by 1848 had become the Galician Music Society. In 1854, the society opened its Music Conservatory. Its first director was a pianist and composer Karol Mikuli, a pupil of Chopin. The list of alumni includes some of the most renown musicians of the 19th and the early 20th century Central Europe. As the education in most institutions of higher education in Austro-Hungarian Galicia was carried out mostly in Polish and German languages, in 1903 the Ukrainian minority of Lviv founded a separate Higher Musical Institute of Mykola Lysenko. Simultaneously, the Galician Music Society continued to exist and prosper, and soon was renamed to the Polish Music Society in Lviv. Partially thanks to the Society's teachers, in 1911 the Lwów University opened a faculty of musicology.
Since 1992, the conservatory was called Higher State Music Institute. M.V. Lysenko and was changed in 2000 to Lviv State Musical Academy M.V. Lysenko. On September 13, 2007, Ukrainian President signed a decree conferring the national status on the Lviv State Music Academy.